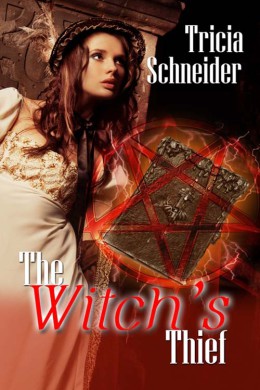 To save her sister’s life, Julia Grey seeks a spell hidden somewhere within Merriweather Manor. Her position as a lady's companion affords her the freedom to search the house. But time is running out. The necromancer she's bargained with is growing impatient. And an unexpected appearance of a man from her past makes matters worse in an already complicated situation.

Basil Merriweather returns to England after ten years abroad to discover his childhood sweetheart living in his home. But, he's no longer the carefree man of his youth and she's hiding something--deadly secrets Basil vows to uncover even as he hides a dark secret of his own.

While neither Basil nor Julia will trust in the other, their hearts speak a truer language.  In a grand attempt to save Julia's sister and Basil's life, the two must finally confess sinister truths. Will their admissions help or hinder any future they may have together? Or will the necromancer destroy all in a vile attempt at revenge.

"What are you doing?"

He ignored her frantic questioning. Instead, he blocked out the sound of her voice and raised his arms into the air at his sides, his fingers splayed out as he extended his senses to scan the area. His power eased out, like extensions of his fingertips, stretching into the corners of the room, seeking, searching for the source of the magic he sensed.

It was here. Somewhere.

He had sensed it earlier on his arrival, but being that his aunt and siblings practiced magic on a regular basis he’d never given it a second thought.

This room, however, stank with it. He smelled the odor, something strangely like sulfur...

“A spell has been cast in this room,” he muttered. A strange spell. Odd. A spell he’d never sensed before, something new. It felt off in some way he couldn’t explain. Who would be working new magic of this kind in his home? And, in this room in particular. Aunt Petunia worked her spells in the privacy of her rooms upstairs, or sometimes in the gardens, but never in this room. And his siblings each practiced in their own private settings, places where they could concentrate without the threat of being disturbed.

He took a step closer to the center of the room where he sensed a surge of power. He shivered as coldness seeped into his skin. It wrapped around his arm, sinking into his flesh, right down to the bone.

The magic in his house was always full of warmth and gentleness. Goodness and love. This magic chilled him to the bone. His heart skipped a beat. There was fear, terror, pain.

This spell was full of darkness.

The Witch's Thief is a fast-paced story of love, betrayal and passion within a family of witches. Ms. Schneider has done an excellent job with creating indomitable characters facing life-threatening conflict.

I Loved it! I've read all this author's books and this one could stand alone but I have enjoyed reading the whole series and love how characters from previous books are all a part of the bigger story and I can't wait for the next book!

The Witch's Thief was another great book in the 'The Merriweather Witches' series. This quick read is well written and plays out well. I never really know how things are going to unfold. The storyline continues with more dire circumstances involving the Merriweather family. The characters are quite the combination of personalities. Each has their strenghths and weaknesses. Basil could be described as selfish and cold, but I understood his side of reasoning. Julia is another one with personal reasons as to why she does the questionable. I look forward to the next book that may bring the whole clan together. Quite the paranormal combination- witches, a vampire and a werewolf, and possibly more. A good add to your tbr list.

I liked the concept of this book and the execution of it as well. The plot is well planned and the characterization is good. My personal favourite is Julia, she is strong and can make her own decisions without trailing after a guy all the time.
After reading Kelley Armstrong’s books I developed a knack for necromancer and I had quite a high expectation from this book as well, so let me tell you guys that this book didn’t disappoint me at all. It’s well written and the writing style is superb as well. The characters are fully flourished and it was a treat to become a part of their world.

The witty and crisp dialogues impressed me a lot and the mystery that the author introduced here is breath-taking. I liked the well kept suspense that kept me hooked into the story. There is action and adventures, passionate love, deadly secrets, test of loyalty and trust, grave dangers lurking at every nook and corner.
So if you want to enjoy a thrilling ride with this book then jump right in and be a part of this awesome world that the author created. Enjoy!!!

The Alien and the Elf is now available on Kindle Unlimited!